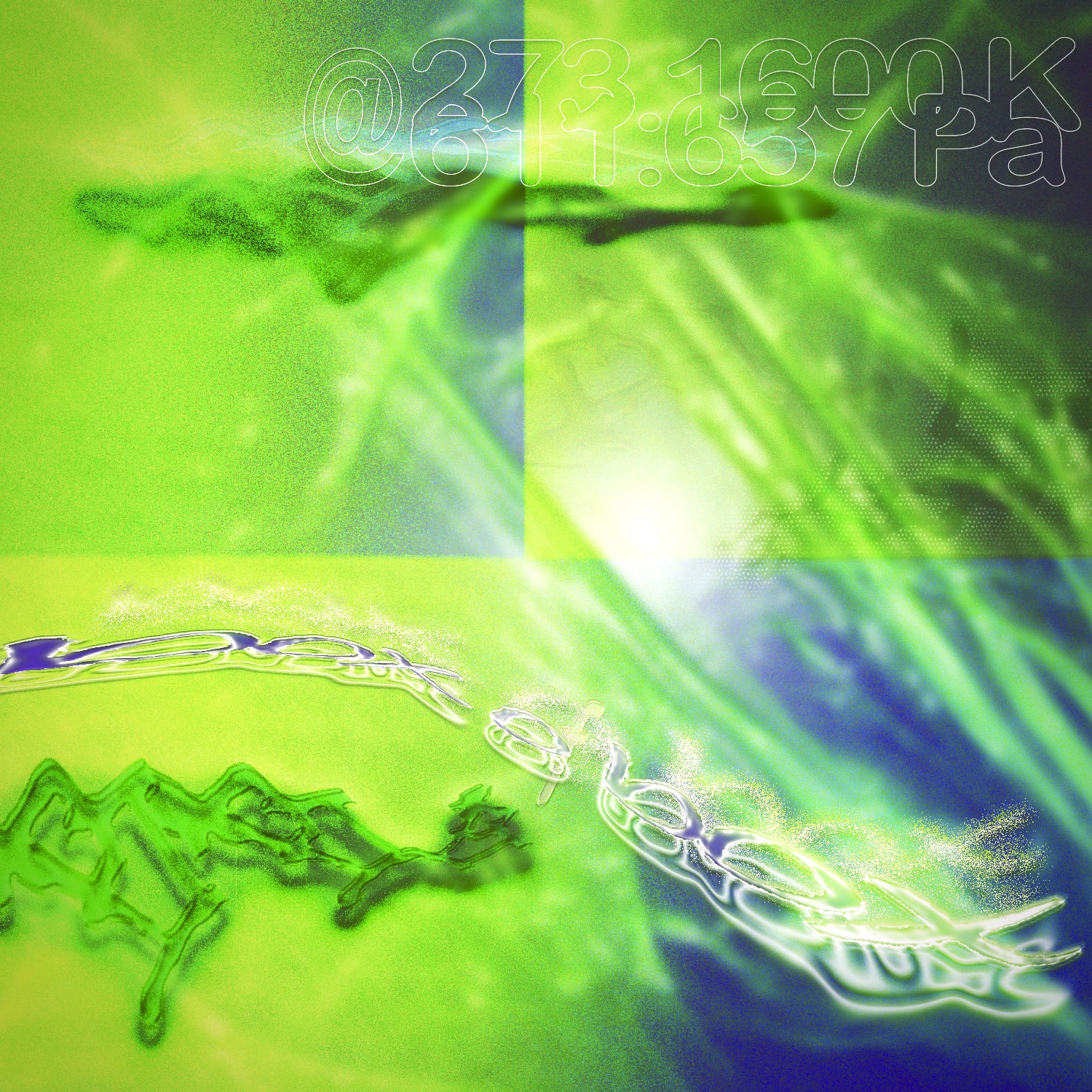 Introduce yourself? Pronouns? Where do you currently reside?

A binaural recording of a tiger purring, taken from inside their mouth while they were sleeping.

Describe in detail your favorite place to sit & listen to music.

It’s not a specific place, but I like a sturdy wooden bench in a park-like area, early afternoon, overcast, cool but not cold, shabby, lush grass, beautiful old trees, and lots of people bustling about.

When you are in the crowd… where do you like to stand and why?

Wherever the central most a/c vent downdrafts, to balance getting a nice solid stereo image & not overheating.

Last track you would want to hear before crying?

Sure, a bit on the nose, but it means my tears won’t be totally sorrowful.

Here’s a nice lil rubber band tempo shift trick I like for digi djs. Used sparingly, this is a great way to create a dramatic speed change and recapture any energy lost when you wanna slow a track down significantly.

Let’s say you have a track on Deck A that is going too fast (or you’ve just been grinding the floor to a pulp and want them to have a fun lil break, but not lose the energy). First make a double on Deck B (using the tag list is probably the fastest way on a CDJ btw) or it can be an entirely different track. Crank the vinyl speed adjust knob down on Deck A (so when you hit stop it’ll just crawl to a halt). On Deck B find the tempo and point at which you wanna bring the track back in. If you just stop A and hit B while it’s slowing it’ll likely feel a little too abrupt, so I like to walk the cue on Deck B back a beat, and tune the Deck B vinyl speed adjust (practicing with the cue button to get it right) so that it slides into the new tempo a bit. That little upward acceleration goes a long way to kick the new feel in more organically. Now you can hit stop on Deck A, wait while it slows down a bit (but probably not a full halt), and when it feels right fire up Deck B.

Oh and don’t forget to reset the vinyl speed adjusts back after the mix.

What horoscope sign would you pick to represent the way you DJ?

How do you avoid burnout?

Best gig of your life so far?

I DJ’d two of my best friends’ wedding over a decade ago. Pretty conservative extended family. The older family members were horrified but our core friend group at one point were all huddled around each other primally losing our shit to Silent Shout. I also remember a bunch of really young kiddos wildly enjoying Bonde do Role – Gasolina (Radioclit mix).

What is the theme song of your mind on DMT?

Not really a song per sé, but it’s Mark Leckey – Green Screen Refrigerator

Screenshot of your favorite Bandcamp Fan icon who you don’t know IRL?

In a room with 20 black cats

Wax candles slowly melting at 4am

Wandering around an abandoned city on Datura

Consistently the ones that hit for me have been Charlie Hearon’s Volume parties at the Nightlight in Chapel Hill, or really anything that involves Smut, Chainletter, the Permission crew, Theydylike, or Alec Lomani/No Visa.

What do you want to listen to before you sleep?

Longest you’ve stayed up and why?

A couple times I had to push past the 3 day mark in college because I was working full time, doing school full time and working on some film sets. The 50ish hour mark really starts getting loopy.

90 minutes of Kristin being one of the best DJs out there and it’s proggy in a way I really enjoy. It’s one of the few mixes I have downloaded on my phone for staring out of a plane window to.

Track that makes you think about being sad..

Any advice to upcoming DJs/producers?

play/make music that you and your friends enjoy listening to and make that kind of sharing your core intent.

Favorite BPM and why?

As a dancer, the 140<->70 BPM two-speeds-at-once zone because I like options for my energy expenditure.

As a DJ, 135 BPM feels pretty nice right now, not exactly sure why though.

I’m a broken record on this, but more universal connection/activation/support off the dance floor.