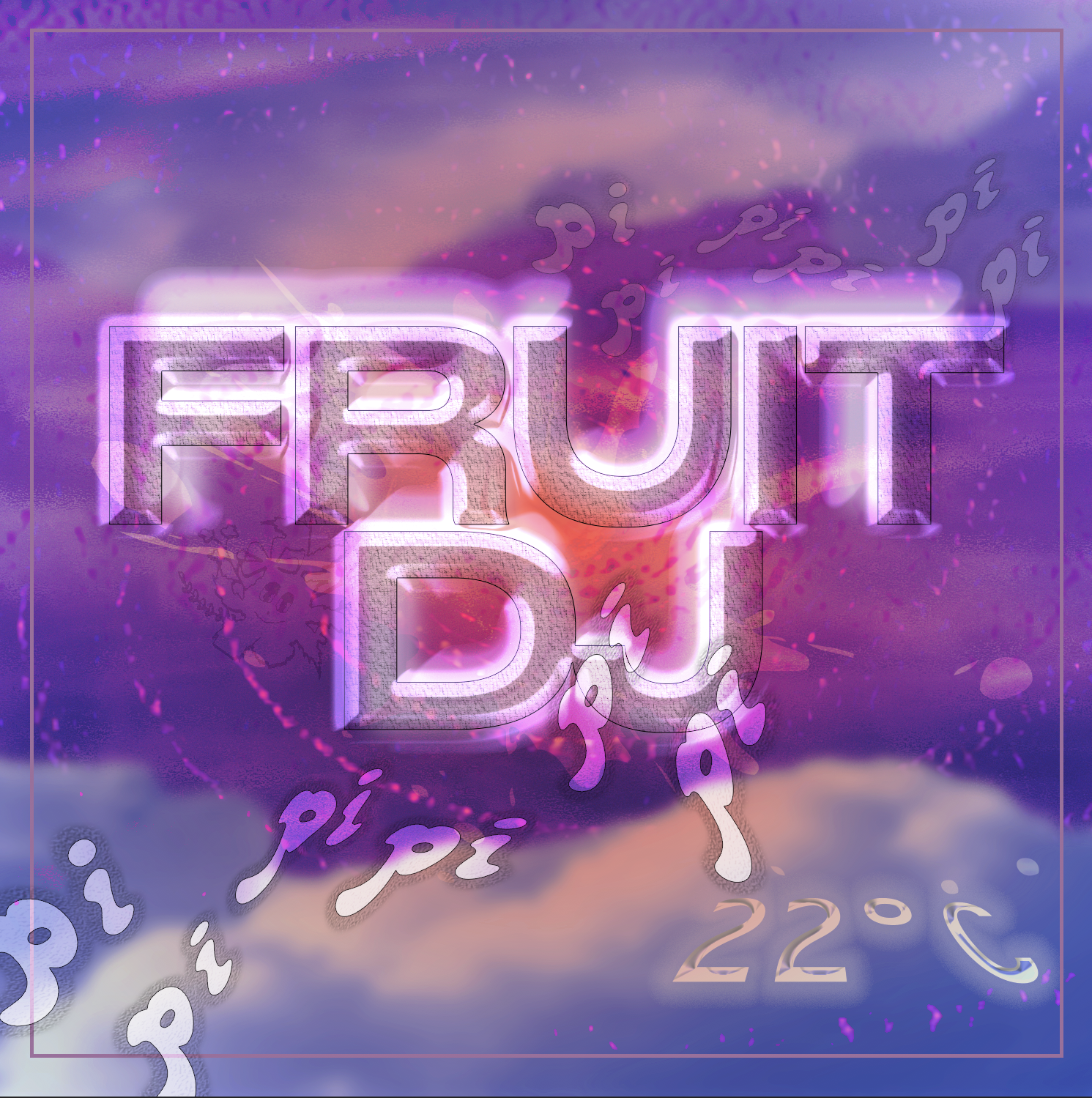 Hi, my name is Anton Sandholt (He/Him), I live in Copenhagen, and have been here for 6 years now.

Fun fact… I have never smoked anything in my life.

I was in Amsterdam with my girlfriend at the time and had just been booked for my first gig in Copenhagen. I had to give them a DJ name and we somehow ended up with fruit as we thought it fit my music style at that time.

Tv and movies inspire my music taste a lot. I just realized recently that my most listened to songs and tracks where all from something I had watched lately.

Earlier this year I visited my sister and her bf at their farm in Iceland. I had the great experience of walking into a sheep-pen and hearing 150 sheep scream at the same time, it made me laugh.

Ok lets say we have a 500 person basement venue. No restrictions, a high budget but not unlimited. 8 hour timeframe. These are the artists i would book.

I asked a friend about this at sunday party last weekend and she said “the same but everything else will be different” and i think i kinda agree. maybe we’ll have some more niche sub-sub-sub-cultures.

A fairly basic fettuccine recipe with mushrooms is something i cook every week.

A danish producer called “Aerphax”. He only released on record on vinyl in the 90’s called “The Sound ff Southwest District of Copenhagen” but he’s still very active today. He uploads so many tracks to Soundcloud all the time and I like all of them.

Second pick for your DJ name?

Nessun Dorma – As sung by Pavarotti in 94.

Who do you consider to be the first person that had a massive influence over your musical taste?

Beside my parents I would say my choir director. I still listen to choir music a lot.

Bill LaBounty – Living It Up

Lost in the rainforest, no cell reception and only 1 banana left to eat…

If you had to describe yourself as a fruit ;), what kind would you be and why?

I took a buzzfeed quiz to figure this out and i got raspberry. it said “raspberries are delicious but so dang delicate”. I think that sums it up.

A few years ago I was playing an unreleased demo from a friend of mine every single gig almost. then one time while I was playing at a club, some guy I had never seen before came up to me and asked “you play this every time! What is it?”.
Few months pass, I’m at a rave. The track is released now and the DJ is playing it. As it’s playing I see the guy who asked me about it dancing 5 meters away from me. I go up to him give him a hug and we have a little moment, now we are friends. It’s nice when music brings people together.

What is your favorite time of day?

Midnight during summer since the sun goes down really late here. In the winter it’s the morning sunrise.

Advice for being productive with music?

I do this thing of uploading every demo arrangement I make onto Soundcloud privately. So I have a nice archive of music on my private sc. i make a lot of demos so it helps me remember what i have made and gives me momentum to finish them.

My friend Vinnie just started DJing recently and I think she already has a really nice sound and is really good at making an interesting and diverse palette.

My first public DJ gig was a “beer night” for my school when I was a teenager. I played disco and 90s house there for about 5 hours. there wasn’t much of a dance floor but there were a lot of requests for Beyonce, a few people had a really hard time understanding why I would not accept these requests. when I stopped playing, one of those people literally yelled “WORST DJ EVEEEEER”.

I have a new ep out this friday! it’s called “gilgamesh” and it’s released on øen records. it’s 2 tracks i made during the first lockdown while I was obsessing over the epic of gilgamesh. I gave myself a long time to finish this music so i’m really happy to see it out in the world now. we are doing a release party at øen this saturday, (with full capacity:o) hope to see you if you are in Copenhagen.

Now during covid I have experienced more cohesion than ever in my local dance community. That’s something i’ve really appreciated and would like to see continue. Then I also think we need some more diversity in line-ups and management positions 🙂