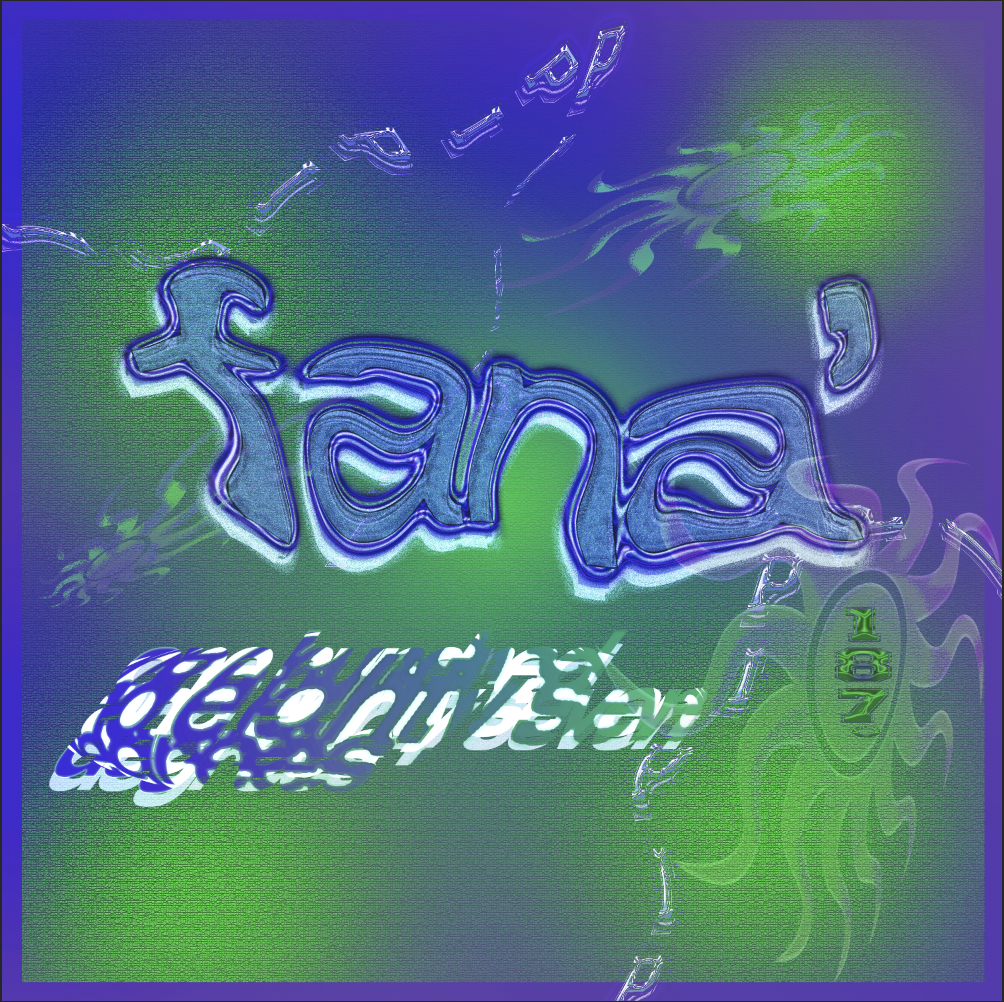 Introduce yourself? Preferred pronouns? Where do you currently reside? 1 fun fact about yourself?

My name is Fana’ (which can be stylized a number of different ways; FANA’, fana’), my pronouns are they/them, I’m from NYC but currently live in Cleveland, OH, and a fun fact about me is that I can’t tell people where I currently live without disclaiming that I’m from New York.

Who currently inspires your music-wise?

What other activities have you dipped into with a break from djing?

If anything this past year has given me the opportunity to just sit on my ass and do absolutely nothing without any guilt so instead of replacing going to clubs with hobbies I’d only be getting into for the sake of productivity, I’m really enjoying doing less and just having time to myself.

1st track to drop a massive warehouse rave in 1994

Track that would explain your aura to a friend

On a hot air balloon during a sunset

If you had to describe yourself as a plant what would it be and why?

Berfin (Kurdish snowdrop); a winter flower that grows in very low sunlight. There’s a scene in a Kurdish film called I Saw the Sun (Güneşi Gördüm in Turkish) where one of the main characters, a trans woman, is explaining why she kept a wilted berfin from the Kurdish village she’s from. In Kurdish folklore, berfin are in love with the sun but know they’ll wilt once the sun shines on them. Despite knowing this, they beg Allah to let them see the sun and when their wish is granted they inevitably die. They sacrifice their entire existence – the struggle of growing through snow – for a moment of warmth and happiness. Sometimes the meaning of struggle is risking everything to bask in the sun, and as a transgender Kurdish person myself, I really fucking feel that.

(Disclaimer: I Saw the Sun is loaded with transmisogyny and violence toward trans women so I don’t really suggest watching it if that’s something that would be triggering.)

How do you see your music taste evolving as time goes on?

The older I get the more pan-Asian and pan-African music I want to listen to and study. At the same time I’m constantly revisiting/recontextualizing genres I used to listen to and applying that to how I feel about music now and what I wanna create in the future.

My first DJ gig was opening for Crash Course in Science when In Training brought them to Cleveland in 2016. I played Italo-disco and didn’t beatmatch and had a really great time.

Why do you think it’s important to share music?

Being Kurdish I know too well why sharing music is essential to the preservation of indigenous history and the passing on of endangered culture through generations; Kurds have been historically denied the right to publish our own history books in the places where we’re from, and the only narrative that gets told on paper is by our colonizers. Dengbej singing is the primary way we’ve passed down stories of our history, our mythologies, our geography, our language, and all its dialects. Without the sharing of song my people wouldn’t have a way of keeping ourselves recognized in places that want to eradicate our heritage.